Note: This feature is currently in beta and now available in all regions. Currently Suggested Bid only supports oCPC optimization goals.

Suggested Bid is an important part of TikTok Ads Manager smart optimization product series. Using machine-learning technology based on your ad settings and historical delivery data, this feature will provide the most scientific bid suggestion for your ads. 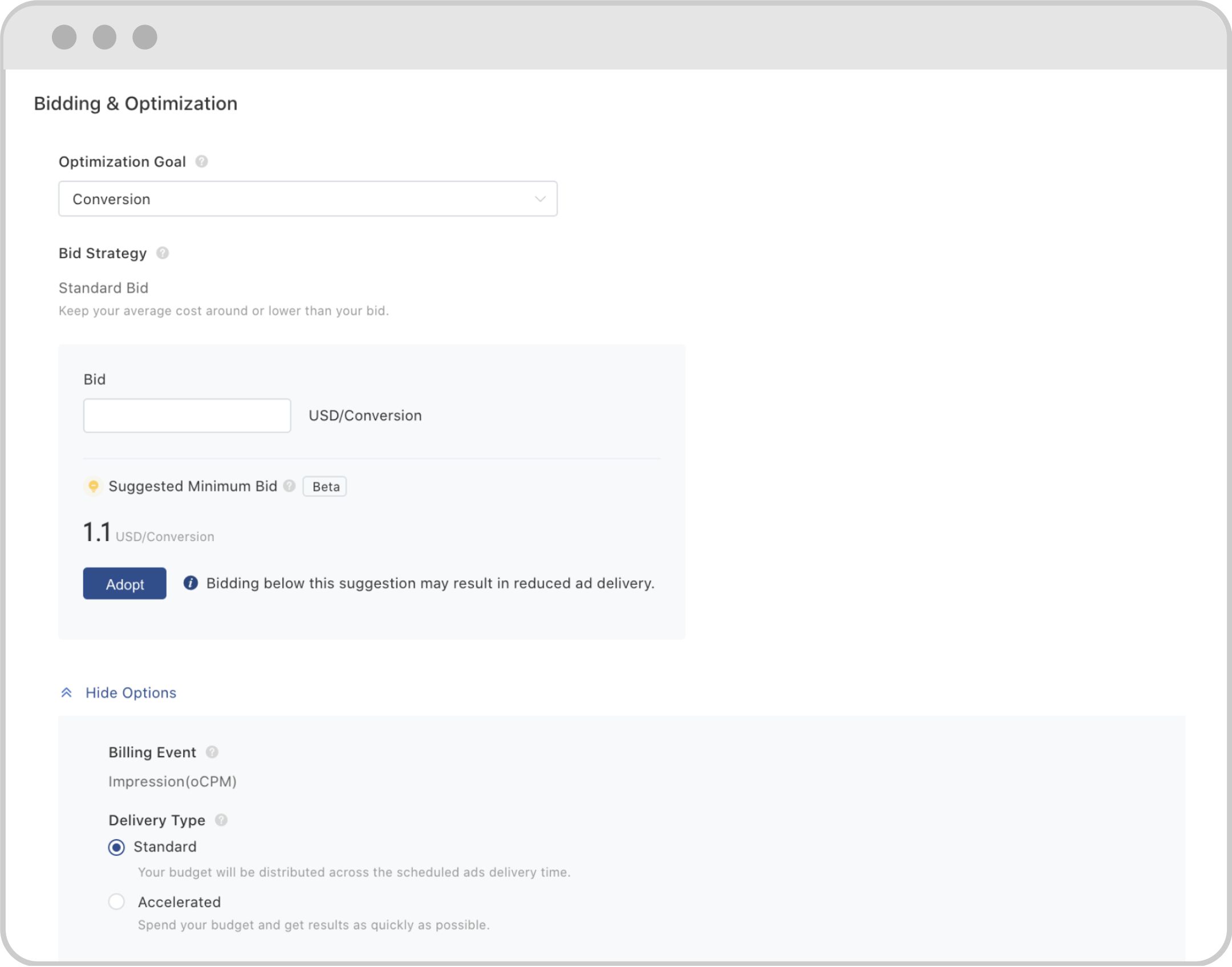 While currently in beta, you can only get suggested bids on the ad groups creation page.

Note: You need to fill in all the required information about your ad group before you get the suggested bid.

Once you've completely filled out the information, the ad system will estimate an optimal bid for your ad based on your existing settings and historical data. The following dimensions will be considered:

Will the suggested bid for the ad change after the ad is created?

Yes. By creating the ad, the ad system will make a comprehensive judgment based on the historical data of the account and the ad settings, and give preliminary suggestions. After accumulating a certain amount of delivery data, the system will combine the current delivery data of the ad to suggest a new optimal bid. You can check the new suggested bid on the ad group edit page.

After adopting the system bid for the first time, will the bid automatically change as the suggested bid re-calculates?

No, bid changes will only take effect once, and your bid won't be changed in the future.

Can I get the Suggested Bid when creating an ad through the Marketing API?

Yes, this feature is available through the Marketing API.